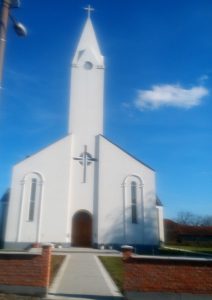 Josefsfeld (now Kula) in Pozega County of Slavonia was a large Danube Swabian town until 1944. After WWII it was resettled with ethnic Serbs, who in turn were expelled during the latest Yugoslavian war in 1992.

Once again it was resettled but this time with ethnic Croatians of Hrkovac and Slankamen in Vojvodina, now part of Serbia, who were expelled from there during 1992-war. 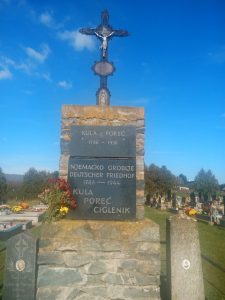 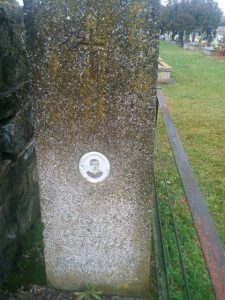 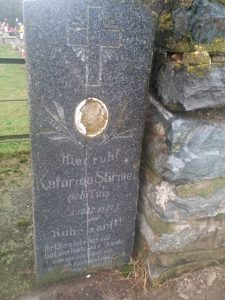 The local Roman Catholic cemetery is still called “The German cemetery”. One cross and the two gravestones besides it are the only reminders of the Danube Swabian cemetery. The graves of the former Serbian inhabitants are are still looked after. The graves on both sides of the monument belong to the current Croatian villagers.

The photos by  Zeljko Hamata were taken on the 1st. of November 2016, the All Saints Day.