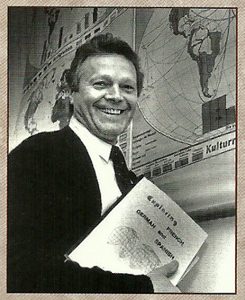 In appreciation of Hungary’s assistance during the 7-years war between Austria and Prussia (1756-1763), the Empress Maria Theresia (1717-1780) placed the Banat under Hungarian jurisdiction in 1778. Following the change in administration, Hungarian officials initiated long-range efforts toward assimilating the different indigenous nationality groups, who greatly outnumbered Hungarians in southern regions by then. After the Hungarian revolution of 1848/49, the territory called ‘Woiwodschaft Serbian und Temeser Banat,” which included the former crown colony, briefly came under Austrian jurisdiction again. At the time, the local population consisted of 400 000 Serbs, 300 000 Germans, 300 000 Romanians, 250 000 Hungarians and a host of less numerous groups.

While Magyarization efforts were variously successful among different national groupings, they also tended to alienate non-Hungarians. It turned out to be among factors resulting in Hungary’s loss of two-thirds of its territory after WW I, as determined by the victors at Saint-Garmain and Trianon. The related rulings simultaneously resulted in a tripartite division of former Hungary’s indigenous Germans.

In scholarly discourse, German-speaking descendants of the colonists were generally referred to as German-Hungarians or Hungarian Germans until after WWI; however, since large numbers of the minority were subsequently living in parts of Romania and what later became Yugoslavia, ongoing use of the terms ‘Deutschungarn’ or Ungarndeutsche’ was no longer entirely accurate; thus, the term ‘Donauschwaben’ was introduced in 1922 as a blanket name for the ethnic group.

Figures, regarding the total number of Danube Swabians in Southeastern Europe prior to WWII tend to vary according to respective sources. Realistic educated guesses add to 650 000 in Hungary, 540 000 in Yugoslavia, and 310 000 in Romania, tallying up to a total of 1.5 million. Besides Danube Swabians, the two later countries also had additional German-speaking constituent groups, like the Transylvania Saxons in Romania for instance, and the Gottscheer in former Yugoslavia, among others.

WWII and its aftermath resulted in unremitting upheavals in Danube Swabian areas of habitation. Several thousand were taken to the Soviet Union as forced labourers around Christmastime in 1944, where many succumbed to prevalent harsh conditions. Upon the release of survivors 3 to 5 years later, most chose to live in Germany or Austria, rather than return to their former homelands, where communist regimes had obviated possibilities of a continued existence in accustomed ways.

Like Czechoslovakia and Poland, Hungary was granted permission by the victorious WW II powers at Potsdam, in July and August 1945, for a ‘humane and orderly transfer’ of their indigenous ethnic German populations to what was left of Germany, after the country’s decimation by over 24 percent of its 1937 size.

Until mid-1949, when no more expellees were accepted into allied zones of occupation, Hungary had transferred around 170 000 Danube Swabians to Germany. Others had fled there on their own earlier. Post-war Hungarian authorities aimed to get rid of citizens who had re-adopted their German names, which had been magyarized previously, due to assimilation pressure. Men, who had chosen to serve in German military units rather than in allied Hungarian ones, were no longer wanted in their native country either.

Housing of expelled Germans was made available to Hungarians relocated from neighboring states like Romania, Slovakia, and Yugoslavia. While it is readily evident that the communists adamantly suppressed media coverage regarding concomitant human rights violations, persistent Western inclinations to disregard what was happening, baffled and disappointed especially those who were adversely affected and left without recourse to justice. Since democracies are supposed to function best with an informed constituency, how were people in Western societies supposed to be able to exercise good judgments, without adequate media or historic coverage!?

Dreading prospects of an impending existence under communism, approximately 320,000 Danube Swabians from Romania and Yugoslavia fled to Germany in autumn 1944. Unlike neighboring countries to the North, Romania was not determined to expel its Germans after WWII, however, in 1951 many group members from territories along the country’s border with Yugoslavia were among 40 000 persons forcibly relocated to the Baragan plain near the Black Sea. Along with other indigenous nationality groups, including Romanians, the mixed enlisted populace was to convert the barren region into productive land. The ill-conceived venture failed and, after a few years, the uprooted folks involved were allowed to return to their former habitats, or elsewhere in the country.

Between 1950 and 1992, there was a steady outflow of approximately 200,000 indigenous Germans to Germany. In efforts to curtail the exodus of valued workers, Nicolai Ceausescu, who became president of Romania in 1974, imposed an emigration tax amounting to the equivalent of $3,000 per emigrant with an Associate Degree (Abitur) and smaller amounts for applicants with less education or training. Exit fees for individuals with an M.A. or doctoral degree ran as high as $15,000. Since very few ethnic Germans, anxious to leave Romania, had that kind of money, the West German government paid the necessary ‘redemption fees’ until the disputed tariff was officially rescinded in 1983. Thereafter, getting official consent to emigrate entailed even longer delays and bureaucratic hassle.

Approximately half of Yugoslavia’s roughly 700,000 ethnic Germans fled by train, horse-drawn wagons, and even on foot or by bicycle, before Red Army units reached their respective home areas as of October 1944. Since my mother was too sick to travel, my family was among the nearly 200,000 remaining group members, who stayed put where our pioneer ancestors had settled during the 18th Century. Though innocent of wrongdoing, we turned out to be easy-to-reach victims on whom vengeful partisans could vent their rancor.

The awareness that Danube Swabians guilty of misconduct would NOT have waited around for expectable reprisals, made no difference at all, because a ‘final solution’ regarding the fate of Yugoslavia’s ethnic Germans had already been determined beforehand. It called for:

My mother had to die at age 38, because Tito and his partisans were resolved not to ‘waste’ medications on indigenous fellow citizens of German ethnicity. – My father’s death in 1940, before the war reached Yugoslavia, spared him of the brutal nightmare as to our ethnic minority’s obliteration.

Adding insult to injury, non-German media generally refrained from mentioning this heinous genocide, since the perpetrator Tito was an ally of the victorious powers and, because the victims were ethnic Germans denigrated by simplistic insinuations of collective guilt.

One year after Tito’s violent reign had made me an orphan at age 13, I fled to Romania. Like a good many other Danube Swabian escapees from Yugoslav concentration camps for ethnic Germans, I was an incognito farm worker before trekking to Austria in 1947 as a refugee. In 1951, I immigrated to America as a stateless displaced person.